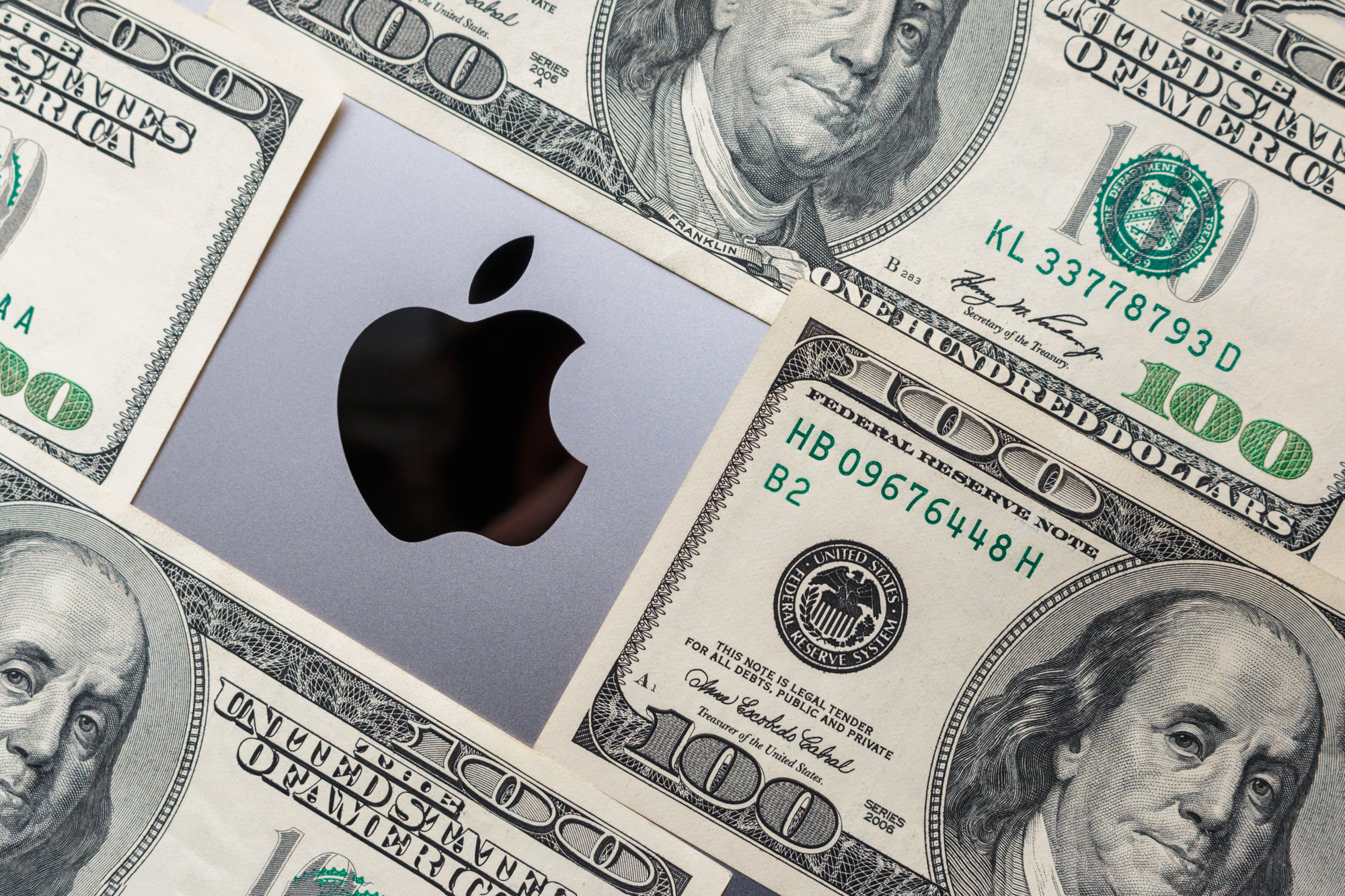 Apple’s long-term campaign to avoid paying FRAND SEP licensing fees continues unabated.  In what has become a modus operendi, every time Apple’s license with a major SEP licensors – Ericsson, Nokia, Samsung, Motorola, InterDigital, Qualcomm – comes up for renewal, global warfare breaks out, and then after forcing SEP licensors to pay millions in legal fees, Apple settles for unknown, typically after being found by a court or the ITC to be an “unwilling” technology user who failed to negotiate in good faith.

In what appears to be the unwilling-flavor-of-the day, Apple’s decision to not renew its license with Ericsson will be – if the current litigation landscape stays the same – yet another example of its wasteful, efficient infringement practices.  Previously, I illustrated how much SEP litigation, the sport of kings costs, and found, for example, that Apple’s similarly structured litigation with Nokia (during 2009 – 2011) cost Apple over 46 million Euros in counsel fees.  This number does not include the time and opportunity costs Apple incurred dealing with the litigation.  Similar to Nokia and Qualcomm, Ericsson has a sophisticated and successful approach to SEP litigation as its prior fights and licenses with Apple in 2015 and 2008 illustrate.  There is every reason to think that, like prior dust-ups Apple’s practices will be found not to be FRAND-compliant and Apple will ultimately pay Ericsson a lot of money and enter into a new SEP license.

So why does Apple fight so hard before renewing its SEP licenses?  Two answers must be ruled out from the get-go.  Apple, who just announced another quarter of huge profits, is not worried about money and its device prices show it is definitely not interested in passing on any savings to consumers.

Ericsson’s license demands were rightly described by 9to 5Mac as “a sum of money [Apple] could pay from loose change found down the back of Tim Cook’s office sofa.” This is no idle metaphor.  On a quarterly basis, Apple – the United States’ first 3 trillion dollar company – earns what Ericsson’s is demanding in approximately thirteen and a half hours (and very likely a lot less).

Let’s do the math:  In the third quarter of 2021 Apple sold just under fifty million phones.   The average sales price of Apple iPhones in 2021 was well north of $800.  In the same quarter, Apple’s overall revenue was just over $80 billion – with some $40 billion from iPhone sales (50million units multiplied by $800 ASP).  Under oath, Apple admitted that its total royalty load is less than $15/device. This turns out to be a $750 million total SEP royalty load.  Turning to Ericsson, even if Apple pays Ericsson’s maximum rate of $5 for each multimode 5G device Apple would owe Ericsson $250 million for the third quarter of 2021.  To be clear, $250 million is probably an upper limit — licensors typically give volume discounts and not all iPhones are 5G and non-5G rates are lower.  Since there are 2190 hours in a fiscal quarter, and Apple earned at least $40 billion from iPhone sales, it basically earned $18.5 million every hour of that quarter on iPhone sales.  Based on this calculation, Apple earned the royalty payment requested by Ericsson in thirteen hours and thirty-one minutes and their total royalty load in forty hours and thirty-three minutes. All of this for the technology that puts the “phone” into the iPhone, without which it is an overpriced paperweight.

Moreover, as CNET correctly noted in the context of Apple’s settlement with Qualcomm, any savings Apple may achieve in its licenses will never be passed on to consumers.  The ASPs for Apple devices just keep going up and up by double digit percentages, reinforced by Apple’s “closed garden” strategy that the App developers are getting a taste of.  If the past few years of its products is anything to go by, Apple is not using these savings to develop innovative products.  Rather, Apple seems to just hoard cash – and does not even bother giving its shareholders great dividend as compared to its peers.

So why does Apple resist and continue to make “implausible” arguments that its SEP royalties need to be lower?  Aside from enriching its go-to law firms, I think the answer is lies in a desire to make it harder for Apple’s smaller competitors to emerge.  Why its smaller competitors?

Simple.  Apple is using it financial muscle to try to incrementally drive down its licensing costs while hoping to illustrate to the world how expensive it is to get “preferential treatment” and thus dissuade smaller competitors from emerging.  Apple’s current primary competitors on the global stage are Samsung or various Chinese companies.  Apple probably feels that it has dealt with Samsung for the time being.  As for the Chinese players (Vivo, Huawei, Oppo, Xiaomi), Apple likely recognizes they require a different approach for reasons I have discussed elsewhere.  In addition, Tim Cook has signed a now-exposed deal with China’s ruling Communist Party, proving yet again the company has no moral compass whatsoever. 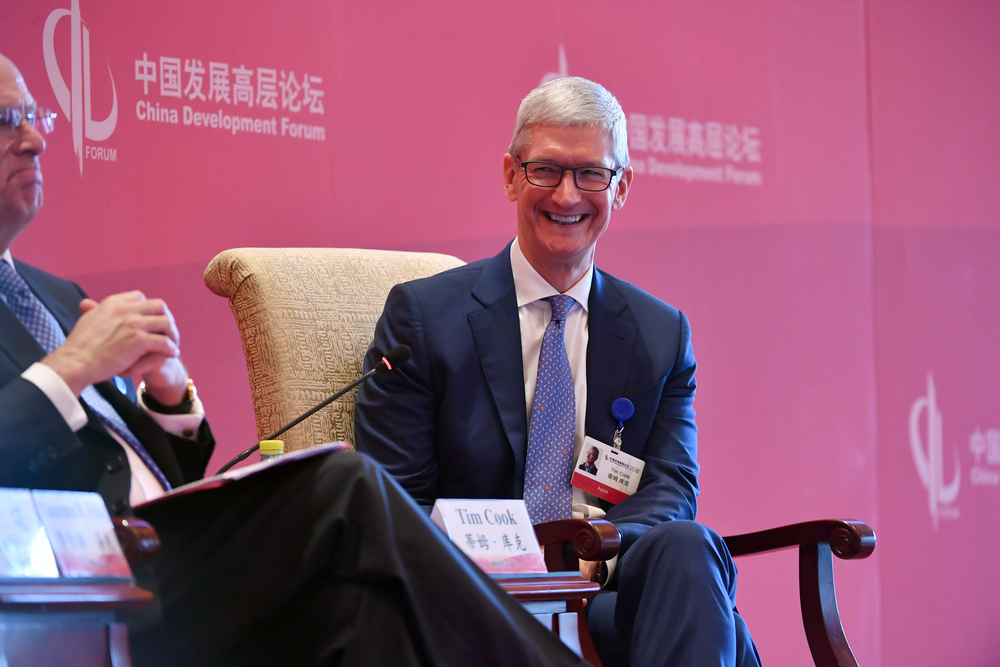 Given the increasingly likely bans on Chinese telecom equipment and providers, Apple (at least in the West) is probably much more concerned about the 100 or so, non-Chinese telecom companies trying to enter the market.  While it is very hard to predict the next piece of disruptive technology or the next “iPhone killer” (see, e.g.) Apple seems to be doing its best to prepare for when it emerges by hoarding cash and leveraging its might to gain a huge supply and licensing advantage over its smaller competitors.  One might have through that associations that give voice to smaller technology companies might have said something, oh wait… astroturfing.