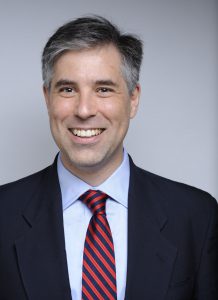 After a career working for and leading teams on the cutting edge of IP and generating highly material value for his clients, David L. Cohen launched his law firm David. L. Cohen, P.C., and his consultancy, Kidon IP, in 2017.  Our simple goal is to effectively and efficiently bring that same level of sophisticated legal and IP management services to our firm’s clients.   Between David L. Cohen, P.C. and Kidon IP, we can provide all the strategic and day-to-day services of a large and sophisticated intellectual property and legal department under a variety of versatile arrangements.

Prior to founding Kidon IP and David L. Cohen, P.C., David was the Chief Legal and IP Officer of FORM Holdings (f/k/a Vringo Inc.) where he created an in-house team that spearheaded a global monetization program. Prior to FORM, David was senior in-house counsel at Nokia Corporation. Prior to Nokia, David worked at the law firms of Lerner David and Skadden Arps. Prior to joining a law firm, David clerked for Chief Judge Carman of the Court of International Trade.

Legal Education and Certification in the Common Law, 8 Commonwealth Lawyer 94 (1996).

Speaker, Gerson Lehrman Group Webcast, The Future of Patent Licensing for 5G and IoT New Regulations and the Next “Patent Wars” (2017)

Speaker & Panelist, AIPLA Spring Meeting, Licensing Standard-Essential Patents on FRAND Terms in US, Europe, and Asia, and the Comity Between Them – San Diego (2017)

Panelist, IAM NPE, Business of Responsible Licensing, Beyond the US, New York (2016)

Co-chair and Panelist, American Conference Institute on International Trade Commission litigation on patents (337 Litigation), When & Why: Weighing the Pros and Cons of Litigating at the ITC – Lessons Learned from In-House Counsel, Washington, D.C. (2011)