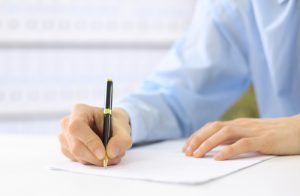 In my previous article,  I discussed the initial considerations and steps one should make upon receiving a patent demand letter. Particularly, identifying the allegations and sender. In part two, I discuss the subject or content of the letter — i.e., what is the sender asking for? As with most things, infringement letters come in a number of flavors.

The letter might be a bona fide invitation to negotiate a license. For example, if the patents at issue are standard essential patents, they will require an entire negotiation protocol under the relevant antitrust laws. Additionally, the author might genuinely want to avoid litigation; perhaps because of the cost, cultural distaste, business reasons, etc. Understanding the reasons why the author wants to negotiate before litigation will help immensely in any subsequent negotiation.

Another type of letter is a pro forma negotiation request. These letters might be written in a friendly style, but careful scrutiny will reveal that any negotiations they claim to want are in fact designed to fail. For example, they may impose too tight a response deadline or demand some action on your part that any objective person would realize is too much to ask. These kinds of letters are sent with the sole purpose of allowing the author to later claim that they tried to be reasonable but you were not, and thus the author had to sue you.

One more type of letter is simply a notice that a lawsuit has been filed, perhaps with the complaint attached. These letters often make a big point to state that no summons is included, just a friendly notice that a complaint was filed. These letters typically indicate that the author is very concerned about your filing a declaratory judgment or some other preemptive legal filing and wants to have a case of their own on file in case you were tempted to pursue such action. The author might still be willing to negotiate reasonably. However, they may be a little jumpy about litigation — perhaps because this is a contentious technical field or you have a reputation of being aggressive in negotiations.

Stay tuned for the final article in this series which discusses the merits of a patent demand letter.

Standard Essential Patents: What Every IP Attorney and In-house Counsel Should...
Scroll to top